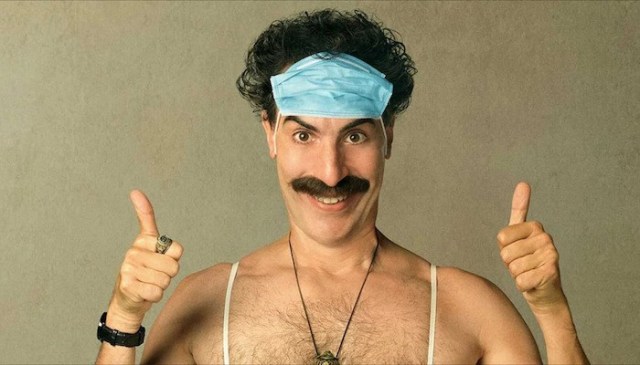 “People make recognize my face. I would need disguises.”

Fictional Kazakh television journalist Borat Sagdiyev is back in this daring mockumentary sequel to the 2006 comedy starring Sacha Baron Cohen who also produces plus co-writes the screenplay and story. Cohen also made a two-part origin show in 2004 called Borat’s Television Programme. 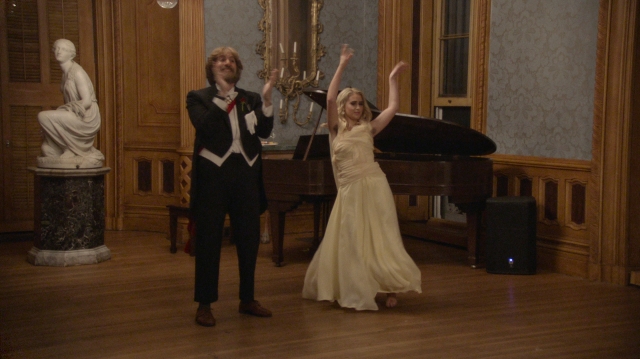 Dani Popescu as Kazakhstan leader Nursultan Nazarbayev while Maria Bakalova stars as Sandra Jessica Parker Sagdiyev, Borat’s daughter. “My daddy is the smartest person in the whole flat world!,” Maria says. Bakalova doesn’t quite match Cohen’s cadence and delivery but does decent work as the new family addition as Borat looks to marry her off to a prominent U.S. leader to get higher standing for his country Kazakhstan. Borat’s sidekick Azamat Bagatov (Ken Davitian) is not in this sequel.

As in the previous installment, real-life people from various walks of life fill out the cast and are usually not privy to Cohen’s antics. This installment includes appearances of Rudy Giuliani, Tom Hanks, and Vice President Mike Pence while Holocaust survivor Judith Dim Evans appears with permission in a synagogue sequence to apparently offset the constant distasteful Jewish jokes/references. Even though these jokes/references originate from a fictitious country, it’s just better not to hear them.

Borat was co-produced by Jay Roach while Todd Phillips co-wrote the story and Larry Charles directed. Director Jason Woliner takes the helm of this adventurous farce, which was only revealed in September 2020 and was opportunistically filmed during the COVID-19 pandemic just ahead of the 2020 U.S. elections.  Cohen, Peter Baynham, and Dan Mazer co-write the screenplay again along with Jena Friedman, Jena Friedman, Anthony Hines, Lee Kern, Erica Rivinoja, and Dan Swimer.

Like most comedy sequels, Borat Subsequent Moviefilm is not as fun as the first, but makes a decent impression with biting satire on American culture includes footage with some conspiracy theorists where Cohen spent five days with them without breaking character. Not much time has passed since Borat’s last “mission” as he states “About a year ago I release movie film which brought great shame to Kazakhstan. But now I was instruct to return to Yankee Land to carry out secret mission.”

The continuity is impressive but some of the crude content and flat jokes sour the overall taste. The shocks exist for the unknowing bystanders’ reaction and most are very cringe-worthy even though the characters’ motives are clear. Screenwriters stick to the basic story and even bring back bystander/salesperson and “Minister of Technology” Brian for the ending. The professional Jeanise Jones is the most memorable as screenwriters incorporate her into a key moment for Sandra then a fairly heartwarming turning point near the end with Borat as he runs off to make things right with Sandra.

The brightest spot is the shot where Cohen and Bakalova are running on the street after the last major “gotcha.” The look on their faces is priceless and audiences can definitely relate. It must have been an emotional roller coaster for Cohen and/or Bakalova ranging from safe, personal interactions to crashing major events (e.g. the 2020 ACU CPAC). 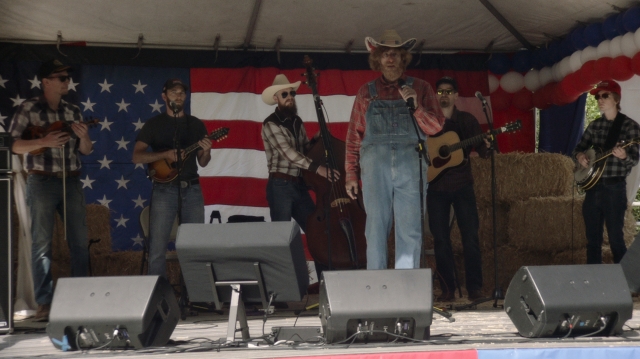 This “mission” has some surprises in the story and, predictably, from the appearances of notable figures, but it’s Cohen’s interactions with U.S. citizens dealing with COVID that really make the story special. It’s even heartwarming at times to witness these people’s generosity and genuine hospitality towards Borat and Sandra.

Cohen’s accomplished younger brother Erran Baron Cohen did the impressive musical score for the one hour and 35-minute plot.

Borat Subsequent Moviefilm: Delivery of Prodigious Bribe to American Regime for Make Benefit Once Glorious Nation of Kazakhstan comes recommended with several reservations (**1/2 out of four stars) and is rated R for pervasive strong crude and sexual content, graphic nudity, and language. It’s nice to have some timely comic relief as well as some thought-provoking satire.  Borat Subsequent Moviefilm is currently showing in select theaters and on the Amazon Prime Video streaming service.